Halong has two main seasons: hot with sporadic rain from April to September and cool with some chilly wind from October to March. So it depends on your preference to decide the best month to visit Halong Bay. 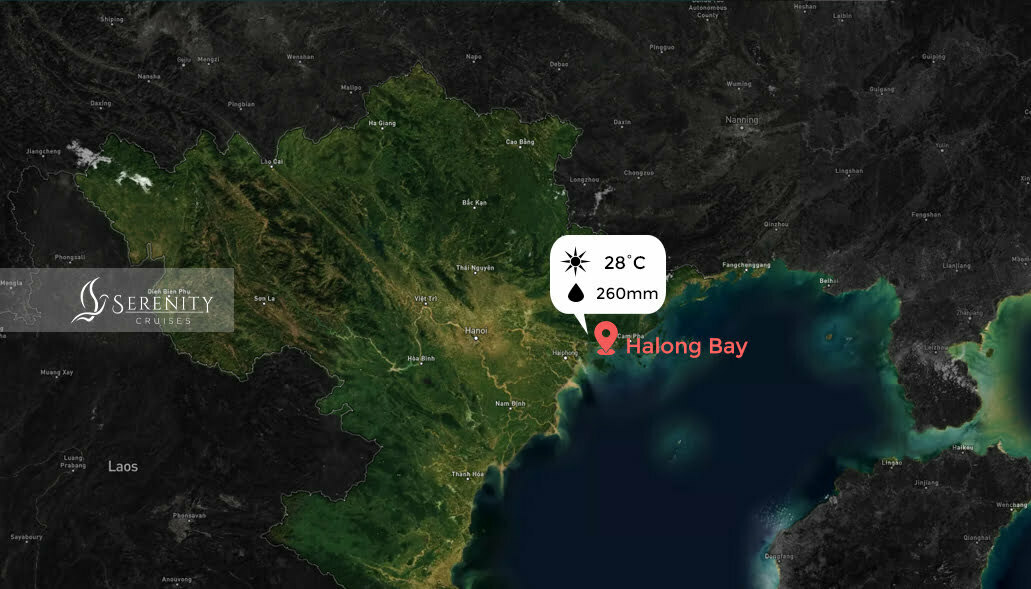 Halong weather is typical for tropical coastal climate, which has two main seasons all year around. From April to September, it is often hot and humid. From October to March the weather is dry with some cold months.

The average temperature of Halong Bay is 23.7°C. In the summer, the average temperature is 34.9°C while the maximum temperature recorded is 38°C. The heat may be reduced thanks to its location amid the mountains and grottos. On the other hand, during winter, it might get as low as 13.7°C on the average. The lowest could be as low as 5°C. Some may find it hard to travel in January when the weather can be biting cold.

The city has a relatively high average annual rainfall of 1,832 mm, which is unevenly distributed depending on the two main seasons. During the rain season, and also summer, from May to end of August, the rainfall amounts for 80-85% of the total rainfall of the year, with the maximum of 350 mm in July and August. Winter, and also dry season (from November to April of the next year) witnesses little raining of around 15-20% of the total rainfall, with the minimum amount varying in between 4 and 40 mm during December and January.

Halong is one of the most humid cities in Vietnam with the average annual humidity at 84%, which fluctuate from a minimum of 68% to a maximum of 90% in a year.

Thanks to the nature of a closed-sea area, Halong is lucky not to be much affected by heavy storms. The strongest storms on the bay normally are at level 9 and 10, hardly anytime reaching level 11.