Everything you need to know about Ha Long Bay

Everything you need to know about Ha Long Bay

Also recognized as a UNESCO World Heritage Site, Ha Long Bay is hugely popular with all sorts of travelers, from backpackers on a budget to well-heeled honeymooners. Along with them, solitary spa junkies and family holidaymakers, tourists come here in their millions. CNN ranked Ha Long as the top 5 destination with the most gorgeous dusk in the world.

To travel to Halong Bay to indulge yourself in nature should be in the top of your bucket list. A tour to Ha Long – Lan Ha Bay is needed for those who are craving for a period of peace and quiet in order to take stock of their life. Halong Bay can satisfy from an audacious traveler to a family getaway to a romantic trip to get in touch with your own self and to strengthen important bonds. 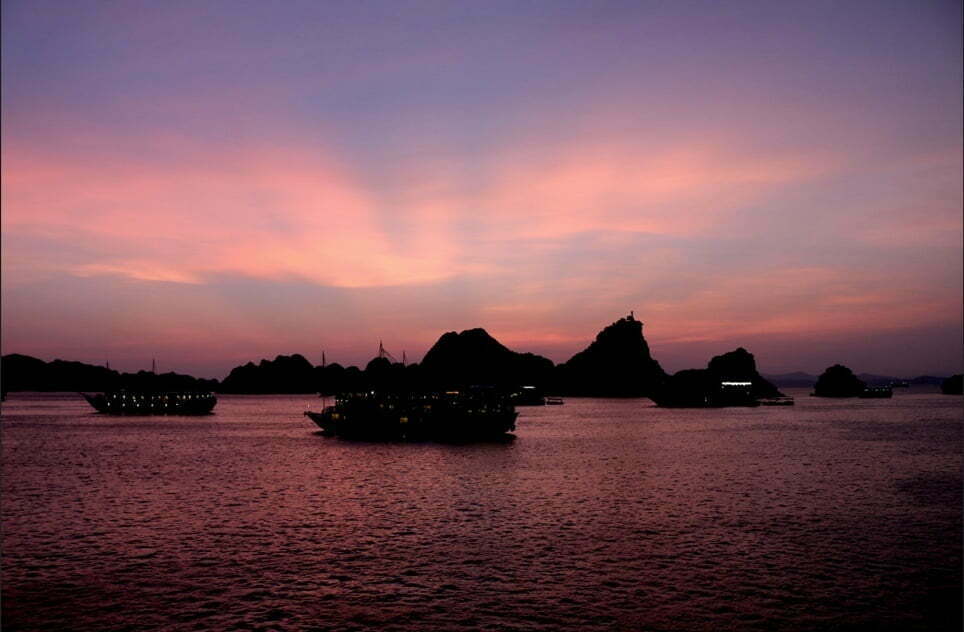 The breathtaking combination of the splendor of dusk, ancient karst formations sculpted by wind and water for millions of years and the lush emerald and turquoise waters harbor more than a thousand small islands make Ha Long Bay a world of its own. No wonder it’s been the backdrop of so many movies, including the “Kong Island.”

A scence from Kong: Skull island

a scene in “Kong Island”

Sixteen thousand islands thick with greenery form a maze of channels in the azure waters of Ha Long Bay, off northeastern Vietnam. The problem with tourism in Ha Long Bay now is that more than often, conventional tour organizers will take tourists to visit only almost the same spots which account for very little of the whole region. Therefore, even though most of the islands remain uninhabited, tourists might not have the sense of complete seclusion at the Bay but rather somtimes be overwhelmed by too many people flocking in the same place. Disappointment is sometimes expressed by tourists who expect too much since the bird’s-eye view led them on beforehand.

Before hitting the water, people shoulders and luggages and irritating inconvenience could be almost of your first minutes experience. But don’t worry, what is waiting in the bay would make you realize it’s totally worth the wait. 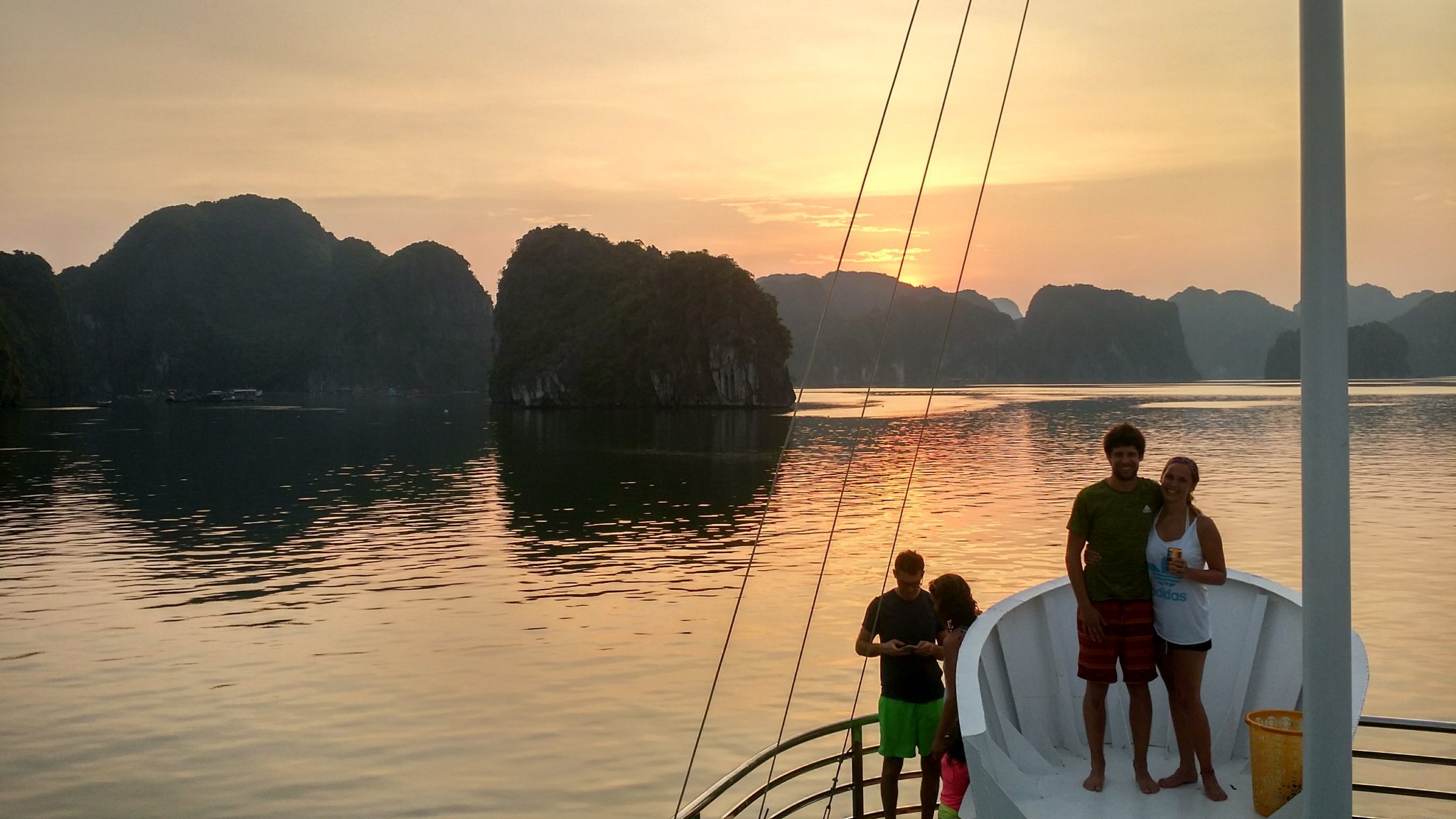 The legend of Ha Long Bay

The name “Ha Long” is Vietnamese for descending dragon. According to one legend, in the ancient time, Viet people had to fight with invaders all year around who came through the sea. In order to help Viet people protect their country, Jade Emperor sent Mother Dragon and her children for Viet people’s defense. The creatures sprayed not only fire but also emeralds and jade jewels that later constituted the lush green archipelago. The jewels eventually formed towering limestone formations with protective crags and jagged edges evolved into the backdrop of the green island. By the time Viet people won the war, the dragons loved the beauty of the bay and wanted to stay with Viet people so they decided not to fly back to heaven anymore. The Mother Dragon lay down into the water of the bay while the Children Dragons lay further to the East which later was name “Bai Tu Long Bay” (Dragon Scions Bowing to Mother.) 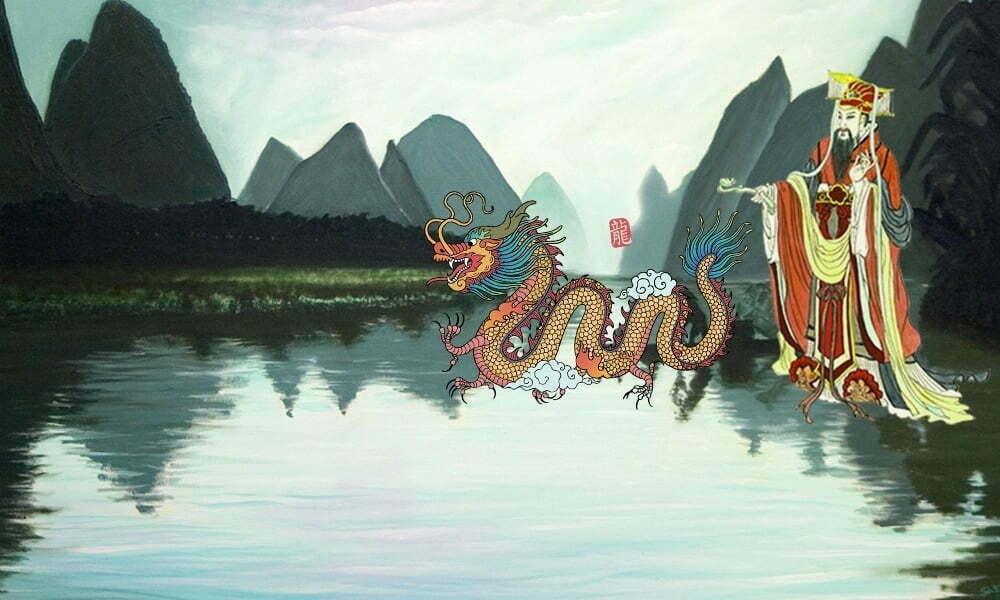 The legend could be considered as an attribute of Vietnamese people’s beliefs and history. Along the history, Viet people had to face invasions from neighboring countries continuously, which consequently become the topic of majority folk legends of Vietnamese literature. The legend of Ha Long Bay is also in line with the legend of Viet people’s origin as offsprings of Dragon and Fairy. Dragon (Lac Long Quan) and Fairy Bird (Au Co) together fought various evils to gain peace for the land. They married and gave birth to 100 eggs which hatched into 50 girls and 50 boys. Their children then settled down throughout the regions to build and protect the country. 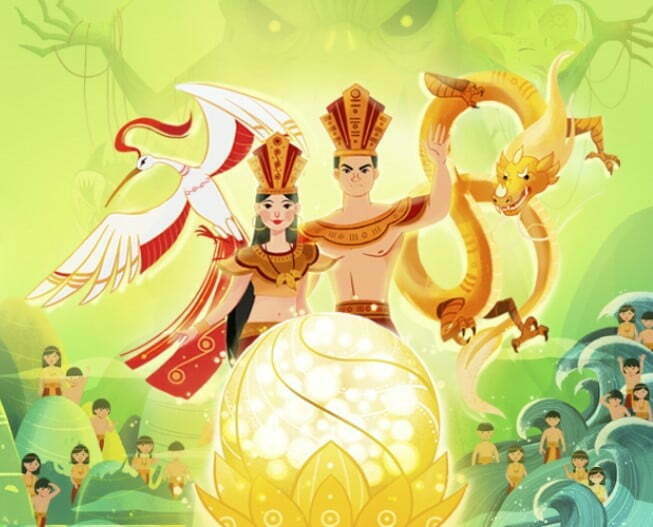 In Vietnamese culture, dragons are regarded as sacred creature who are royal, powerful and heroic; therefore, being descendants of such creatures and protected by them indicate Viet people values in good and evils, as well as the proud of their origin.

“These legends strike a chord with Vietnamese beliefs and history in two ways,” says Hanh Tran, lecturer of South and Southeast Asian studies at the University of California, Berkeley. “First, the history of fighting against invaders. Second, the belief that Viet people are descended from a dragon father (Lac Long Quan) and a fairy mother (Au Co), and that there is a sacred, hidden power to support them in their war efforts.”

The biodiversity of Ha Long

But these coves and natural towels are rich with wildlife. For millions of years, seashells and sediments fell to an ancient sea floor forming solid rock. Tectonic activity raised the resulting limestone above water. Later, rain-fallen rivers carved valleys after the last ice age, creating this rare example of a karst field at sea. Features include caves and tunnels where sea water has worn down the pillars. The fantastic landscape also continues into two adjacent national part on Cat Ba Island and Bai Tu Long Bay. Vietnamese people are fond of curiously-shaped rocks and many of them have been given fanciful names, like the famous Hòn Trống Mái (Rooster and Hen Rock.) 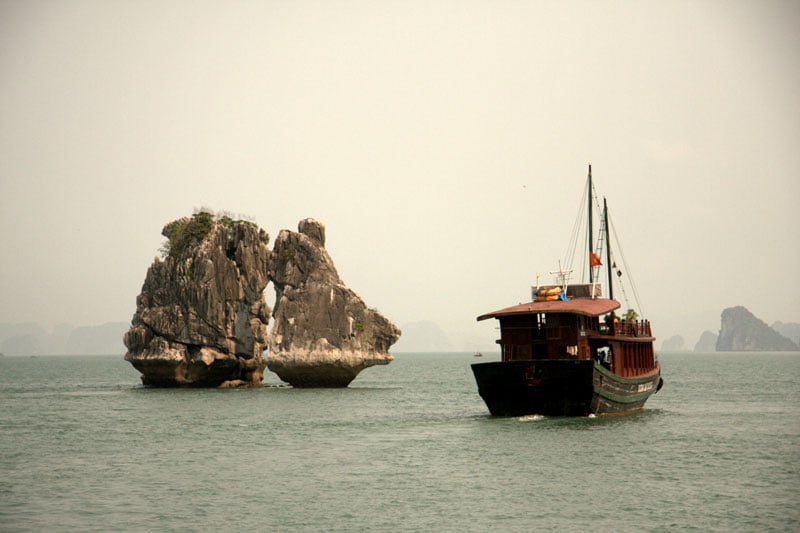 However it is not to lead curious tourists on a fanciful image of the bays. Ha Long – Lan Ha Bays are indeed “a very evolved, very advanced, unusual looking karst landscape,” said Robert Brinkmann, professor of geology, environment, and sustainability at Hofstra University in New York. Such landscape is mostly found on land, such as in Florida or Puerto Rico, but not on the water.

Ways to get to Ha Long Bay

This is the route for cars from Hanoi to Halong Bay, taking the newly operated Controlled-access highway Halong- Hai Phong.

The best time to go is from March to May or September to November, which is generally a good time to visit Vietnam to avoid the extreme heat. Vietnamese summers bring monsoons, and winter can be cloudy and cool (50 to 70 degrees Fahrenheit)